Why might you want to use the Six Hats?

There are a lot of different situations in which you can use the Six Thinking Hats. In the workshops we’ve run over the past year or so, we’ve heard from people whose teams have become stuck in one way or another. Using a process based on the Six Thinking Hats can be a handy way to become unstuck. Some examples:

How do you do it?

We’ve laid out a fairly strict way of doing things here, on the thinking that when you start using an unfamiliar process it’s easier to have a set process to begin with, and then deviate from it as you become more familiar, experienced and fluent.

Set a time for a meeting, with a specific agenda. Explain that you will be using the Six Thinking Hats in this meeting, and include the information on how the Hats work (see below). We would suggest keeping the meeting to an hour or less to begin with. We’d also suggest that you don’t make an emotive conflict the agenda for your first use of the Six Thinking Hats — maybe leave that for a bit later.

A game with rules 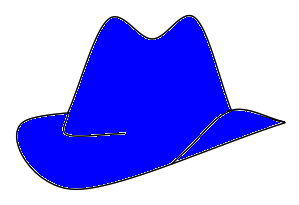 One of these Hats is not like the others

The Blue Hat is the controller of the other Hats. In practice this will often mean that one group member uses the Blue Hat all the time, acting as moderator of the process.

A Blue Hat phase may be used to start a session, even if one group member will wear the Blue Hat exclusively through the rest of the session. People may give input on problem definition, the purpose of the session, etc.

Preset sequences are recommended for using the Hats early on (once a group is more familiar with the Hats, they may be used in a more ad hoc fashion)

When to use Green Hat thinking

You may have an acceptable way of doing something, or a product that is just fine, and feel that there is no need to look for alternatives — but what if you could improve it? This is termed a creative pause – using the Green Hat when there is no problem to be solved, no obvious reason to use it.

When others put forward ideas, listen with the Green Hat on, not the Black (critical) Hat or some other Hat. Try to draw out more from from the speaker, and see if their ideas spark some of your own. 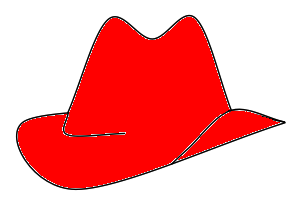 Red Hat gives an outlet for emotions which may otherwise be disguised as logic and argument.

Part of the value of the Red Hat is its artificiality and formality; it makes it easier to express feelings by giving a defined way of doing it.

We use the word intuition here in the sense of your immediate understanding, ‘feeling for’, or opinion of a situation, idea or person.

It is not magical, but neither should it be ignored. It is one of several inputs into the process. 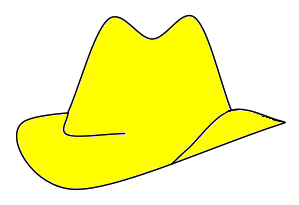 You still assess the likelihood of something happening. Ask: what action follows on from the optimism? Is it blind hope, or is there is constructive action to be taken?

Find as many reasons as possible for your optimism: information, logic, experience, or even trends and intuitions.

However, you are not restricted to optimism you can completely justify. You may still speculate, as the future is not fully known. 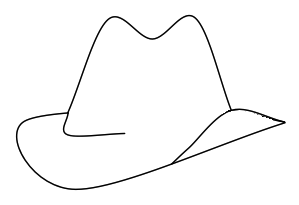 Qualify the facts with your level of certainty. There are two tiers: checked facts and believed facts.

Qualify the facts with their level of generality. An anecdote about a single event is at one end of the spectrum; at the other end, a generalisation proved by exhaustive research.

Report the sources of the facts you contribute. 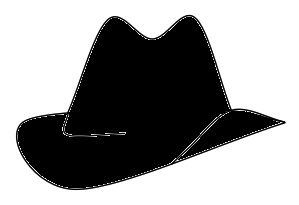 In Western culture, Black Hat thinking is dominant. Meetings are often a conflict between two points of view, or the justification of a pre-assumed decision against any challengers. Rarely will you see a concerted attempt to use all possible modes of thinking, like the Six Hats method.

An important part of this method is that you may only the Hats at the predetermined time — most people will find it difficult not to use Black Hat thinking when other Hats are ‘on’. But it is important that you do!